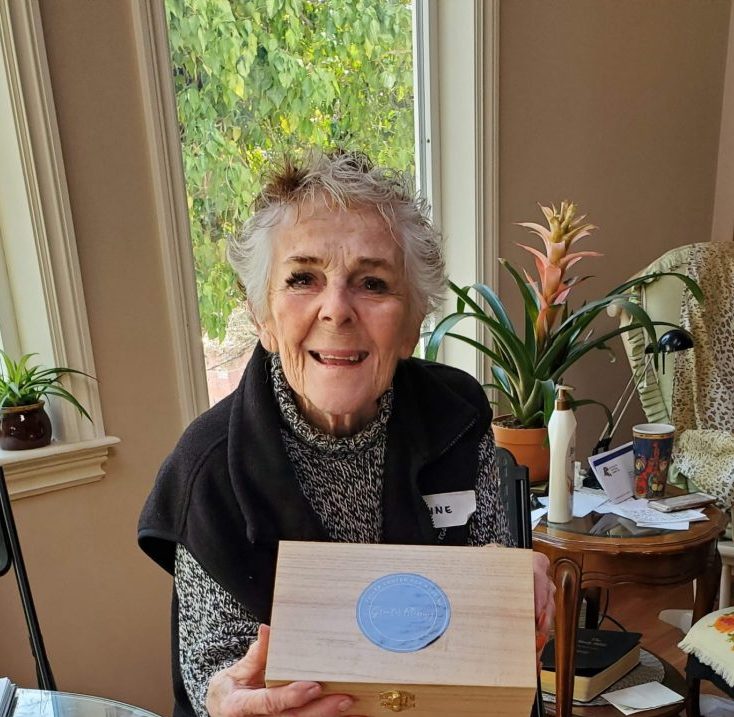 While most of the work The Fuller Center for Housing does internationally consists of new home construction, the majority of The Fuller Center’s work in the United States is home repairs — specifically what is known as the Greater Blessing program.

That Jeanne would be the one to refer so many neighbors was no surprise, said Ann Coleman, who led the forming of the Fuller Center of Utah County and who now serves as secretary for its board of directors. Jeanne, who is 85 years old and recently widowed, lives on a low income, but Coleman says she is rich in spirit. Jeanne leads Bible studies with women in her neighborhood, hands out prayer cards to those waiting in lines for COVID testing and even welcomes homeless people into her home until they can get back on their feet.

Thus, it was fitting that The Fuller Center of Utah County’s very first Greater Blessing project Wednesday was for Jeanne, who knows full well how much more blessed it is to give than to receive. With support and volunteers from doTERRA — an essential oils company headquartered in Utah County — they were able to repair and replace Jeanne’s dilapidated front porch and unsafe steps.

“Jeanne is a real inspiration,” Coleman said. “She has the biggest heart and spirit of anyone I know.”

Coleman expressed special thanks to doTERRA for tackling the project.

“Many of today’s volunteers were from doTERRA,” she said. “They sponsored the day and provided many of our volunteers. It was a great team, and although most of started out as strangers, we became a solid team — part of the Fuller family.”